18 year old Kate emigrated to Australia on the Fiery Star. 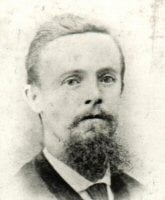 There is something very reassuring about placing your trust with a company that has been around for six generations. This remarkable story began back in 1864, when John Smith and Kate Mary Farrell arrived in Australia on separate ships. They met and married in Somerset on Cape York Peninsula.

Having been a Royal Marines Infantryman, John became a Water Police Constable in Somerset, but was also employed by the Queensland Government as a carpenter.

In 1874, John began a cabinet making business in Elizabeth Street in Brisbane, which also made the occasional coffin. After his untimely death in 1886, his wife Kate Mary took over the reins and, as Brisbane’s first lady Funeral Director, became the first lady of Queensland funerals. The family business was called K.M.Smith Funeral Directors … and the rest is history.

No other funeral firm in Brisbane has such a long established heritage. Current Directors Allen Smith and his sister Denise Smith are the great-grandchildren of John and Kate Mary. It is a matter of family pride that Allen’s son Liam is the Chairman, embracing the traditional values and high standards of his forebears.

To this day, K.M.Smith remains a 100% Australian family-owned company. 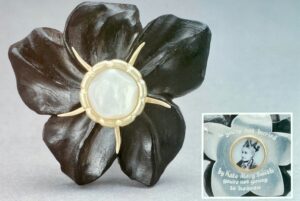 
As part of the 2011 centenary celebrations of International Women’s Day, 100 women were selected for a national exhibition “Tinker Tailor Soldier Sailor: 100 Women 100 Brooches 100 Stories” and featured in a book of the same name.

Artisan Marian Marshall crafted an exquisite brooch for Kate Mary Smith of a Forget-me-not flower carved in jet. In the style of Victorian mourning jewellery, the back of the brooch has a photo of Kate Mary with the adage that came to be used about her: “If you’re not buried by Kate Mary Smith you’re not going to heaven.”